Judy is quite fortunate right now. She looks great. Thank God she doesn't look like what she's been through so far.

Despite extensive spread of metastasized disease, there is little externally to indicate it. Sure there are small things we can see and physically find because Judy and I know that they are there, but stage four cancer is largely invisible, unless your doctor is trying a treatment that introduces its own visible clues, or also if the disease is advanced and you're out of treatment options.

The irony about many treatments is that they are the thing that often makes you look sick. Red and irritated eyes. A rash. Loss of weight. Gain of weight. Lack of sleep. Ulcers. Sudden whole-body sweats. The after effects of surgery. Strong pain medication. Vomiting. Loss of hair. And plenty more.

"When prople say how beautiful I look while on chemo, I want to say: I said I was sick... I never said I was ugly."

I think it obvious, and only right that Judy looks so well most of the time, as the disease is hidden inside. After all, if there were obvious signs to stage four cancer (or even earlier stage instances of most cancers) then every person at an early moment would say to themselves: "Oh, my! Would you look at that? I better see a doctor straight away!", and get right on to treating it at its inception (which always results in a better outcome).

But far more often than not there are no strong clues.

It's not plainly obvious like influenza, rather it is insipidly surreptitious. There are small signs and changes, like a cough that won't go away, or aches and pains that are dismissed as having many other reasons, and these are often ignored for many years until things become unbearable, and suddenly obvious, and difficult to treat.

In retrospect, we saw some signs with Judy but they all had life's simple and more obvious explanations.

For Judy, looking far better than many people think she should does have its drawbacks.

One set of drawbacks stems from selfish behaviour. Some people seem to constantly be pushing, ever striving to gain advantage over their fellow man and get their things done, and have their needs met, often without regard to any physical or mental detriment to others. Amazingly the elderly seem to be the worst offenders for that (do they feel they are running out of time?).

Selfishness can also manifest as careless actions, with people in close quarters jostling, unaware that their physical intrusions, however slight may actually be causing pain and discomfort.

Had Judy a large set of bandages around her head, or be wheelchair bound then in all likelihood the actions of others would be very different.

Another drawback is exuberant affections.

Judy calls this "over loving".

Excited to see her, and in awe of how well she looks, people excitedly squeeze, and bear hug, and rub, and grab, and rock, unaware of the menace in bones, in muscles, in organs, hidden by a beautiful and ever smiling visage.

On balance though, having a radiant and beautiful Judy helps with having the mental frame of mind to get on with the business of living, and not the nasty business of dying. 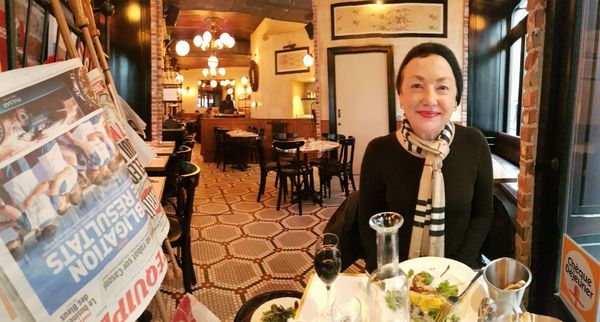 One of the constants since we discovered this spread of cancer has been lumps that have sprung up in many places around Judy's skin. These lumps are small metastasized breast cancer tumors, and they're surprisingly useful.