One of the constants since we discovered this spread of cancer has been lumps that have sprung up in many places around Judy's skin. There's one near her collarbone, a couple on the rear of her neck, one half way down her back on a rib, one near her hair line around back, and a couple right on top of her head.

These lumps are small metastasized breast cancer tumors. We know this, because with chemotherapy, and other successful treatments they have been shrinking. And conversely, when things are not going in the right direction they have grown, or new ones have popped up.

Now these little lumps and bumps are not a major problem, as they are not intrusive, not obvious, nor are anywhere near likely to kill her, which in all is a good thing. Even better, they do actually have a brilliant use.

With many cancers, assessment of how effective treatments are being is by way of blood tests, or medical imaging with CT and MRI scans (computed tomography and magnetic resonance imaging respectively).

CT scans use cross-section X-ray imaging usually with a contrast dye that's injected, and are great for imaging bones and organs (and cancers) that are lit up against the contrast dye, but because radiation is involved they aren't the sort of thing that you want done super frequently.

MRI scans use magnetic fields and radio waves, and are great for different types of imaging involving soft tissue like Judy's brain.

The blood tests look at general health indicators, like liver and kidney function, and also to get a 'score' for tumor markers, which are often proteins whose levels give a strong guide as to the size or spread of certain cancers.

Blood tests, and especially CT and MRI are relatively infrequent, so that brings us back to the lumps and bumps. With a quick feel, both us and more importantly Dr Rob the oncologist can get a quick, free and non-invasive gauge as to how things are going. Rob referred to them as "barometers", where just like weather forecasting they can be a highly reliable indicator of what is happening or likely to happen. It's no substitute for the hard evidence of a scan, but it is simple and brilliantly convenient.

At face value seemingly unrelated, Judy has regular trips to a dermatologist, Dr Jill, to hunt for and 'burn' off skin cancers, too. Everyone should be vigilant, but she's particularly vulnerable because of fair skin and probably genetics, so has been going to dermatologists for years.

There's been skin cancer spots on her forehead, hands and arms that have all been seen to over the years, and have not really been a big deal. Lately, however there was one particular spot on her arm that had been treated a while back, but must have not been completely fixed so was re-growing, and this required yet another recent visit to Dr Jill.

Investigation revealed a basal cell carcinoma, which was simply cut away and stitched up. During that visit further skin spots were examined, and (with the aid of local anaesthetic) biopsies were taken of some, including a couple on her head. At the time, we figured that thinning hair from chemotherapy probably allowed the sun to shine where it usually didn't.

A pathologist looking at the biopsies could not work out exactly what they were. He or she knew they were cancerous, but had no idea what they were exactly. The samples were then sent off to a second pathologist for another opinion, with again no firm identification. Judy asked Dr Jill whether they might be related to the breast cancer, but she responded that it was highly unlikely. So at that point, it seemed highly likely that we were dealing with yet one more bloody disease on top of skin and breast cancer.

"Great. I've got metastasized breast cancer and skin cancer. So I've got another fucking cancer? Oh for fucks sake."

It did come as a huge relief though, that the very next day a third pathologist identified it as indeed being metastasized breast cancer. This was maybe with the aid of a hint, following Judy's suggestion.

Now many will know the detached feeling of a doctor poking around an area that has been locally anaesthetised. It's like there is lots of pushing and pulling going on, and you're never quite sure exactly where is being pushed and pulled. This is especially so when all of this is happening on your head. Because of this, Judy had no idea at the time that one of our oft assessed lumps, used to gauge treatment progress, was being cut out by Dr Jill for dispatch to a pathologist.

We were quite fond of that lump.

Dr Rob is on holidays at the moment, so we haven't seen him since this lump theft. We're honestly not sure what he's going to say about one of his barometers being stolen... 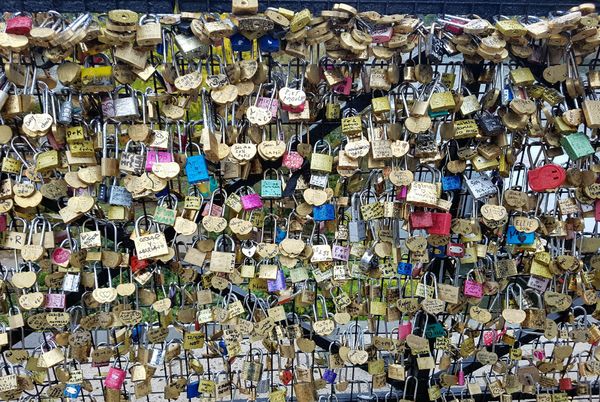 The strength of our passion, relationship and respect has only been building over the years, and Cancer 2.0 is making us even stronger. We belong together, and we always have.