The first memory I have of Sue was one of delivering much needed barista made coffee to Judy in hospital.

Visiting on one occasion, and entering her room of four beds, Judy and her new friend Sue were deep in conversation. My arrival caused a break in that conversation with necessary squeals, hugs and kisses on arrival, but I felt bad that I had broken up a good chat with her bedfellow. So I asked whether Judy wanted me to go get her a coffee treat, which would give them time to continue. Naturally I extended the offer to her conversation buddy.

A caffè latte for Judy, and "a piccolo, please", asked with a grin for Sue.

Sue and Judy's acquaintance there had started with magazines.

Sue had been re-reading the hospital food menu over and over, and came quickly to the realisation that she missed the simple pleasure of the written word of humans so much. All she had was that bloody menu to read. Judy had a good supply of magazines, delivered by me and others, and after devouring them, she offered them to her adjacent inmate who she noticed was looking wistful. However trashy, and however devoid of literary impact, when gifted they were as if from Heaven.

A piccolo coffee was her thing. She loved it. For the uninitiated, a piccolo latte is basically a low tide latte. It's a smaller version of the same caffè latte we all know, and seems to be ordered by the coffee cool kids. It probably started as a thing with baristas to enable them to spot check their work throughout the day without getting a coffee buzz or bloated from too much milk.

Much later I learned that Sue was married to an Italian, so I guess that automatically qualified her as a coffee cool kid.

I didn't have to ask again from the moment of that first piccolo on. Every visit to hospital I just arrived with both latte and low tide latte.

The two caught up on many occasions since their first meeting, and developed a wonderful friendship. Whether messaging about their experiences, or hanging out in a coffee shop over a latte and a piccolo, their friendship grew in short order.

Sue, to a waiter in a coffee shop: "I have cancer." At the time, a friend of hers shot back at her: "Why do you tell them you've got cancer?". Sue: "Because I don't want them to think I actually chose this awful hair style!"

Judy has experienced much with her since. Happy shit. Gossip ship. Grumpy shit. Desperate shit. End of life preparation shit. Palliative care shit. Friends dying shit. Despondent shit. But for all the shit shit experienced, it is the wonderful shit shared that Judy holds most fondly.

In their friendship there has been little filtering, as both were in the shit together. So no rosy pretense. No need to paint a rosy and strong it's-all-going-to-be-alright picture, like there may have been with Sue's extended family. It's a burden to spread the shit round with loved ones, so I get that.

Soon after my first memory of Sue, almost two years ago, the hospital was discharging her at the end of the run of days over which Judy and she had become acquainted. Sue was trying not to laugh after Judy sent her a phone text "Don't leave me with those other bitches." Her reply: "Don't text me again, or I'll giggle." So Judy just kept staring at her instead, pulling the odd silly face until Sue giggled uncontrollably.

Judy reflected that dumb shit can make people laugh so hard. Dumb shit is so important in life.

Suzanne Fusinato passed away a week ago, Sunday 25th February 2018, at around eleven at night. She left the love of her life Leo, and beautiful daughter Bree and son Tristan. 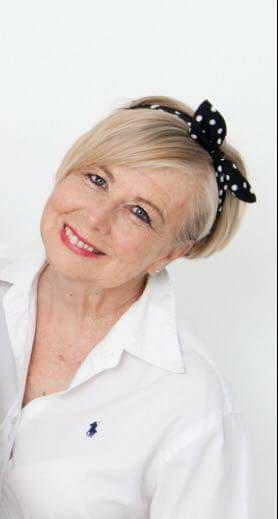 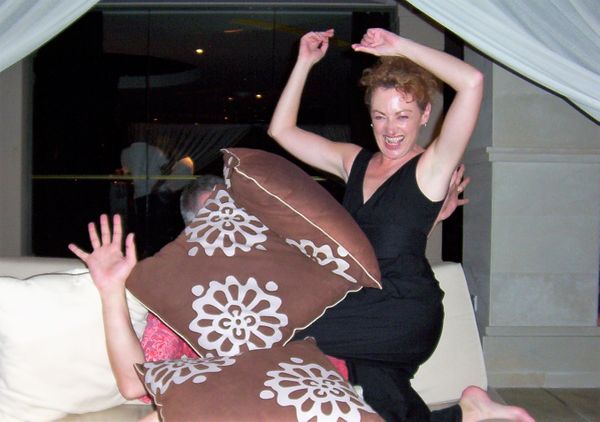 Judy always fronts up for every suggested poke and scan and endures them gracefully. I think justifiably, one of these scans is about to get its marching orders.