There are ups and downs in life.

Usually these are not as absolutely terrifying and exhilarating as a roller coaster, but we feel every day a similar rise and fall in life however pronounced or not. However deeply personal or outwardly shared with our family or mob.

Today was not a good day.

A fall, if you will.

There are a couple of fabulous barometers that we cling to in this arduous, hand-wringing and often depressing journey that is cancer 2.0. One is the lumps and bumps that have sprung up around Judy's skin, and the other for her is the cancer antigen (CA) 15-3 tumour marker. The Number.

The lump barometers, held in high esteem by her oncologist Dr Rob, that are a good guide to progress (but seemingly maligned and occasionally stolen by her skin doctor) have become more hard to the feel and more pronounced over the past month or less.

The CA 15-3 hit an exuberant and near rock bottom normal-ish a little while back (to a collective cheer here), but has been moving wrongly for the duration since.

I think Dr Rob summed up the lumps and tumour marker score nicely at our most recent meeting, punctuated with a heavily furrowed brow, as: "Disappointing..."

My summary, muttered under my breath at that moment, and echoed by Judy to me later in full voice was a little more colourful, shall I say.

In the stock market, an up-tick is a handsome thing. With tumour markers, a trend upwards is oh-so-not-good.

(The inverse ups and downs of this journey over time...)

Last year at around the same month of the year Judy achieved a tantalisingly close-to-normal CA 15-3 score only to have it ripped away by the tyranny of cancer. At that time, an option was tried by Dr Rob that did not work at all, followed by a tried and tested option that again worked extraordinarily, but is now ruled out for the future because of its side impact. Following that there was an option that has worked amazingly and almightily, but now would appear to be ceasing to work.

Forgive me for a profanely monosyllabic moment...

Slightly earlier in the day, Judy and I shared a wonderful moment with our son Alastair. It was a completely impromptu lunch at a favourite café that Judy and I frequent, but that our sons had not yet experienced - Alastair happened to be in reach at the right time. Usually, this café is a pre-oncologist/scan mid-way point in the journey between us to and from hospital.

I had a panini. Al had a deconstructed poached egg breakfast muffin. Judy had a blueberry delight replete with tasty treats and edible flowers. And we just talked shit. Wonderful shit. One of life's brilliant moments. I found myself drifting at times, soaking up the brilliance of this simple moment in time.

Later this week a radiographer will take some actual pictures of Judy's insides to see what's what, and that will give our Dr Rob the data he and we so desperately need to work out what the next option is.

There are ups and downs in every journey.

But every fibre of my being is fighting against the assertion that for every up there does most assuredly come a down.

I don't want down. Right now, I'd give my right 'plum', and several other body parts for that matter for sunshine every day. For a leap from brilliant peak to equally brilliant peak, and for the ignorance and malaise in life that would come because of it.

I would celebrate the malaise. 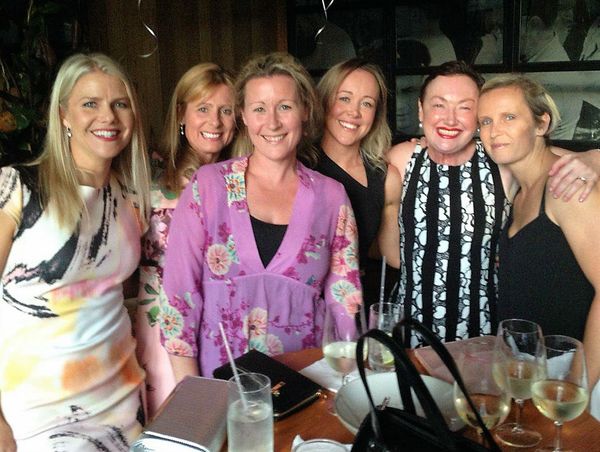 We've said to each other on many occasions that having cancer never slips your mind. It is always dominating the front of your thoughts. I know first hand that it never escapes my thoughts, even though I'm not the one with boobs that are trying to kill me.