Honestly, I'm not really one for any poetry. It's not me. I'm an engineer.

Yet one evening/morning, writing down a bunch of notes in an admittedly drunken late night moment of despair, I unwittingly released my latent bard within.

It would seem that despair and alcohol can unbelievably have a combined way of ordering one's thoughts into something poetic. Who knew? I thought they'd just turn to custard with that combo.

Turns out, with a quick Google, that there is a whole bunch of precedent with the 1950s Beat Generation poets grabbing a bottle (and a lot more, for that matter) and thereby allowing rhetoric rhyming success to flow, whilst sticking it to the man. There were, however, also many complete fuck ups flowing from their experimentation too.

A pioneer of the Beat Generation, the novelist and iconoclast Jack Kerouac, who unsurprisingly died from cirrhosis at age 47, was in good written company in slipping many a drink past the lips. Many other penmen over the years, like Oscar Wilde, Edgar Allen Poe, Truman Capote, and Ernest Hemingway all frequented a bloody good drink, too.

"I have absolutely no pleasure in the stimulants in which I sometimes so madly indulge. It has not been in the pursuit of pleasure that I have periled life and reputation and reason. It has been the desperate attempt to escape from torturing memories, from a sense of insupportable loneliness and a dread of some strange impending doom."
Edgar Allen Poe

Reading my notes back much later the next morning, they started as a few think-lings that I had forgot why I had thought them, because grog I suppose, but then subsequent lines had somehow ordered themselves into a metered pattern that repeated in groups: three short statements followed by a cheeky qualification.

"Fuck me", my hangover thought, "must be poetry". Not exactly orthodox, with no cliché rhyming, but "that is fucking poetry right there".

Here it goes: my first attempt since I was forced to do so in school, and probably my last, unless alcohol has anything more to do with it. (Except for the cheeky Haiku in the Facebook post ... you can't do those with alcohol.)

If I'd had a drink way back when, that might have actually been the key to finally getting an "A" for something in English. But then again, unlike Kerouac, I'd rather get to where I've got, and trade the A's for a healthy-ish liver and my being alive and able-bodied enough to protect my lover.

The style is apparently free verse. I had to look it up, given I've no bloody clue.

The bags we carry our stuff all around in.
The planes in which we travel.
The photos we collect.
Some Mexican we met.

The bills that we pay.
The bills we pay late.
The income we will make.
Yet to spend up bigger.

It's how we live.

The stories we create.
The people we impact.
The ones that we help.
With just a smile or simple hug.

The partners that we cherish.
The babies that we make.
The time that we take.
And of course the love that we create.

That's all big, right there.

Do big things while living how we live, even if starting small.

I'm far from perfect, so I will do my best as well.

A Haiku is characterised by a syllabic 5-7-5 pattern over three lines. I bloody love the Japanese precision of squeezing an entire story into precisely seventeen syllables...

Heading to bedding,
A late night cross to morning.
Through booze, beatific. 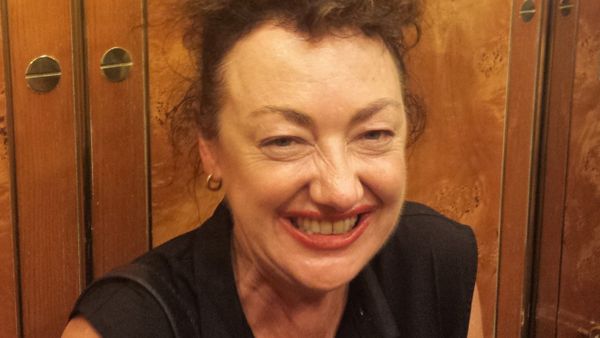 The Number, called "cancer poo" by me in the past, is the cancer antigen evidence shit out by this type of cancer as it actively grows somewhere in Judy's body. It has been rocketing skywards for weeks.