I think Oncologists are very much like firefighters, and I've written about that before. On recent reflection they also seem to share quite a few traits with the Dutch.

Fire fighters do put out small fires, but with large fires they control them instead. This makes sense given fire in itself is no big deal unless it threatens to consume something we don't want consumed. The control with the options firefighters have is aimed at doing just that.

Unlike fire, Judy's cancer in itself is a big deal. It can be controlled right now, and beaten back into submission to protect her body from consumption, but there's no way that exists today to get rid of it. There is no way to put it out.

Judy and I recently spent some time in Amsterdam, and went on a walking tour. It was a brilliant few hours hosted by Sebastian from Free Dam tours[1], and we highly recommend the way they do their thing. Sebastian didn't spout a bunch of dry facts and dates, rather he took us on a walkabout adventure full of colourful stories, both of folks and places in time, and also personal experiences that he has had growing up in this super interesting city.

We learned that the people of the Netherlands are patient, tenacious, resourceful, open to new ideas, learn from their mistakes, and are necessarily tolerant. And that they are able to use drugs to manipulate a good outcome. I could be describing our Dr Rob the oncologist.

On tolerance, soft drugs are allowed within reason in Amsterdam. Their sale and possession are regulated, technically still illegal, but tolerated because the Amsterdammers realised that there was a pressing need to separate the worlds of hard and soft drugs.

Decades ago, the local police, attending events like music festivals, where loads of cannabis was being smoked were smart to observe that the presence of cannabis did not result in dangerous situations. In fact, what they observed was only happiness and passivism at these events. This was totally unlike other hard drug use in the city, which demonstrated a much more insidious threat, and supported a dangerous criminal subculture. Accordingly, soft drugs were tolerated, and this freed up resources and effort to place a heavy focus on ridding the place of the nasty hard stuff.

The number of addicts of hard drugs had been increasing at a frightening rate in the city, along with the associated criminal element, but with the increased focus came a dramatic reduction to the point where today Amsterdam's number of addicts is lower than many other places in the world. Considerably lower than France, the UK and Italy.

"These people invented the Dutch Oven, but then tuck the sheets in so well I can't do it to you!"[2]
- Judy

Control in other ways has been needed by these people to protect the very place that they live.

The nature of the land that they live on means that it is sinking. The combination of peat and clay mean that over time the land compresses, pushing downward to such an extent that many parts of Amsterdam are today well below sea level. All of the canal houses in Amsterdam are built on massive pile foundations to stop them sinking, with the piles driven well into the soft earth until they rest on the firmer earth well below the surface.

The dikes, or sea walls have been built with ever evolving methods. As one method proves ineffective (like an outbreak of shipworm eating the wood involved, or repeated wave action weakening structures to the point of breach causing massive loss of life), the methods are evolved to prove constantly better.

Even the system of pumps employed to shift masses of water from low-lying areas to rivers and the sea has needed to evolve. Originally the famous windmills used scoop buckets, then later Archimedes screws to keep low-lying water at the right level, then steam powered pumps, and today electric pumps.

In both cases, a constant evolution is needed.

With cancer, survivability rates increase every day as more is known about the nature of the disease, which results in an evolved set of options being developed to fight it. Just like the Netherlands, where out of necessity their flood management technology has reduced the likelihood of a flood in their economic powerhouses near the sea to just once every 10,000 years.

Like the relentlessness of nature, cancer is also relentless. But I love that humans are equally relentless in dealing with both. 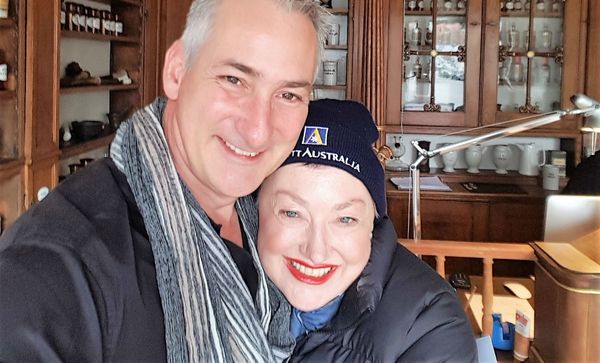 Pharmacies are usually viewed as a spot to buy makeup wipes, reading glasses, jelly beans and fill the odd prescription for antibiotics. But these places are a brilliant link between science and the community.