Pharmacy shops for most people, including us before life turned to cancer custard, are usually a spot to buy makeup wipes, reading glasses, jelly beans and fill the odd prescription for antibiotics.

I think pharmacies, and the pharmacists who run them are wholly underrated. These people are a strong connection between science and the community.

You can't become a pharmacist by simply setting up shop to sell tinea cream and the odd thermometer. Rather there's an awful lot to learn and do. In Australia, you've got to complete a Bachelor or Masters of Pharmacy at a university, then after registering with the governing board complete a year or so of internship alongside a registered pharmacist. That's like getting a degree plus doing a trade as an apprentice rolled into one. These people know a lot, and have a bunch of practical experience under their belt before being let loose on the world.

That hefty lot of learning also doesn't even vaguely qualify you to run a business. If you're a pharmacist that owns and operates a shop then you need to acquire a good dose of financial acumen and retailing know-how, too, and that usually comes by aligning yourself with a franchise or network of branded shops.

The tampons, perfume and jelly beans on sale mostly make their businesses financially viable; the real business is the drugs and getting them safely to the people.

All the training and experience is fair enough. Many benign sounding and looking drugs can kill you if used wrongly, so I like it when these folks pass on clever and practical advice, and also ask questions about things a doctor may not have even considered.

Pharmacists have been around for centuries. In days past they actually created and mixed up natural and later synthetic potions as chemists, and many found new ways to improve the way we live, with pain killers, vitamins, antibiotics and vaccinations among their achievements. Others did far more. One pharmacist's assistant, a Pommy bloke called Isaac Newton branched off his original calling to become considered mathematician, astronomer, theologian and physicist, and one of the most influential scientists of all time. (All because apple? Yeah, right.)

In Germany recently we visited a little town called Bad Essen, which literally, and amusingly translates as "Bath Food". When planning our accommodation, I found a little boutique hotel in this little town. Given Judy's cancer shit, it was only right that this hotel was the Alte Apotheke, which translated is the Old Pharmacy. It was exactly the right place to be staying.

I love occasionally heading away from major centres, and staying in small towns. It's usually a great way to be surprised by life's simple and special little moments. Bad Essen, population 20,000 or so was perfect. That's less folks than live in Alice Springs.

And what a cracker of a place to stay was the Alte Apotheke. Not the sort of place to have room service or a mini bar, though, or a club sandwich from the late night room service snack menu. There was none of that. The staff left us in our suite to our own devices late in the night to go home, only to return very early in the morning with the fabulous and adamant intention of breakfasting us well. We tried to say no, but forcibly breakfast us they did, with eggs, meats, cheeses, fruits, coffees and more. Bloody delicious.

As the name says, this place was a pharmacy of old, and it had been tastefully and modernly renovated to form a small hotel with just a hand full of rooms. It featured many chemist-related things on show, dotted around or incorporated in the renovation as a form of apropos art. The reception area recalled the shop front of old, with bottles and little drawers and instruments everywhere. And they were super proud of the original doors and their original locks, with chunky and simple but still fully functional keys hand crafted such a very long time ago.

Earlier in the evening, we went out for dinner at the local pub. Without a booking we were squeezed in to an available corner, and assigned a server that could deal with "das Englanders" and the funny way we talked.

Honestly, our Deutsche is so scheiße. Thankfully this young lass had a boat load more of our tongue than we had of hers.

We tried, of course. As you do. But it was funny that in almost the first minute of trying to communicate we were advised "Englisch ist beste, ja?". We'd exhausted a fair chunk of our repertoire after getting out "Schwarzesbier und Riesling, bitte."

Even in English we had a hard time being understood, though, and not through fault of our chatty waitress. I'm sure she was practicing her English on us to work up to one day hopefully escaping the one horse town in which she viewed she lived for the big smoke, but we enjoyed trying to have a conversation.

In chit chat, we were trying to describe to her where we were staying. Now it's not a big town, and doesn't have that many hotels, so we felt pretty defective that we couldn't describe it, even by name. We were calling it the "alt-a a-poth-a-kee" in our best Australian twang. It was just not being understood. If she were a dog the look on her face would have been translated to a tilted head with a doe eyed "WTF?"

After much head scratching, all of a sudden she excitedly exclaimed in a voice of sudden realisation: "Ahhh! A-poth-eee-keee!" Why didn't you say pharmacy, you numpties?

Weeks later, and back home, recently our local pharmacist greeted Judy and asked whether she was still on Afinitor the Mighty and Aromasin the Amazing. Judy was amazed he remembered, but he admitted quickly that he'd looked it up on his computer as she entered the shop and walked the twenty feet to his counter.

Admission of using a customer management system to remember might be considered cheating, but he knew her. He knew her circumstance, and more importantly her name. And beyond that, cared to type it into a search box.

That bloke and his pharmacy full of wonderful staff and stuff truly is a wonderful link between science and community.

I'm so glad that we got to experience the Alte Apotheke, because it underscored just how long these wonderfully clever people have been working hard to keep us alive and living well. 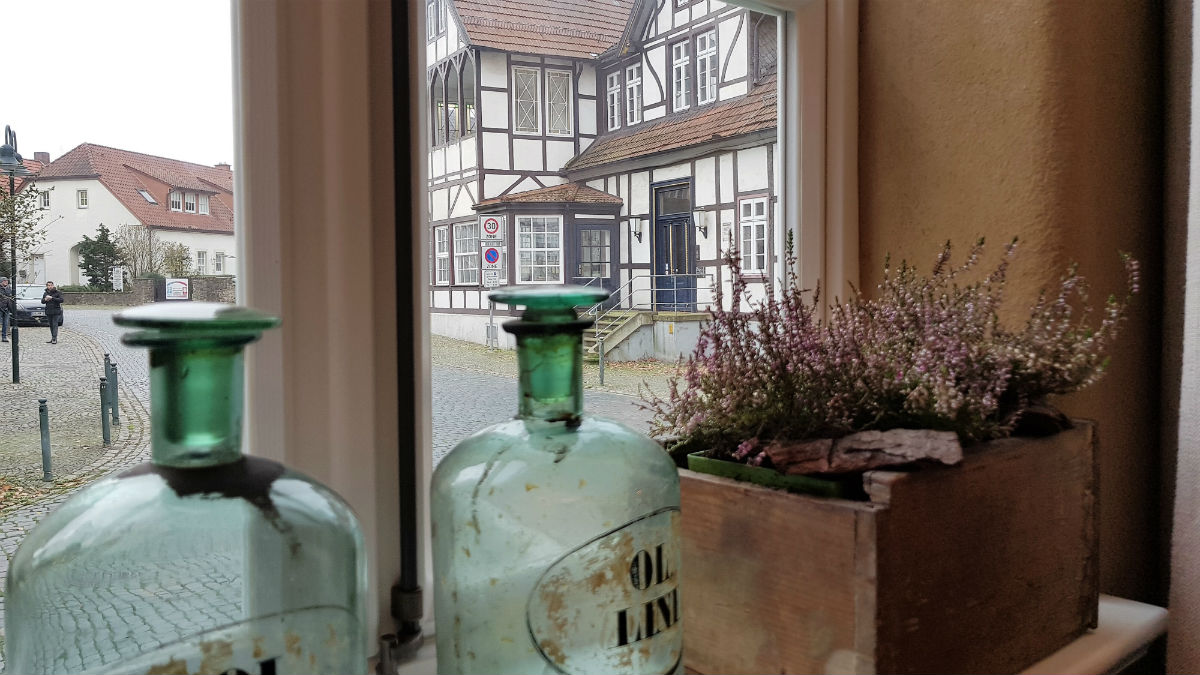 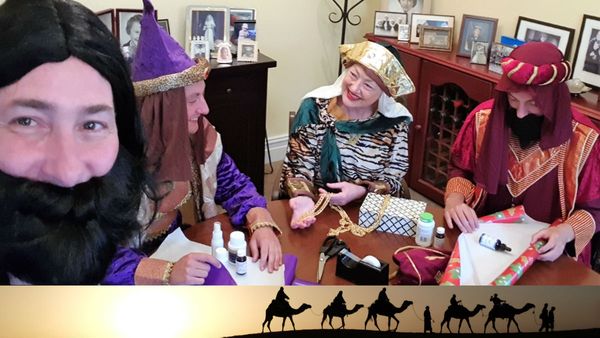 If anything helps keep my beautiful Judy on this planet one second longer then it's gotta be worth a go. Often heard as a cliché, in this Christmas special story the wise mens' three gifts get honorable mention.