Judy loves having things to look forward to, and travel and experiences are a big part of that.

We're trying to always have something booked or planned, however far out into the future, and however far flung and exotic or simple and close to home.

Reminders in life like cancer do tend to bring on a degree of "Fuck it. Let's go."

I have absolutely no idea how long we can continue to travel and experience all the world has to offer, but it is shared experience that we treasure so we will continue to do so until circumstance means we can't.

"Things to look forward to keep me going."

We've done a fair amount of traveling about in our time, especially as Judy used to work for an airline, Ansett Australia. The staff discounts were generous, and extended to industry related discounts at hotels and resorts, which was brilliant. The seats were rarely guaranteed, and sometimes you'd be sitting on a jump seat behind the pilot, or unexpectedly offloaded, but it was a privilege to have experienced it.

For the last twenty years we have limited our travel to a large degree, especially when Ansett went bust, as limited time and money meant our focus was on our children and growing them up as best we could. Almost all travel involved them, and while not super frequent, every trip was super enjoyable, even way back when they were tiny and three quarters of the things we packed were toys, nappies and child-related accoutrements.

Now the kids are in university, and fitting in with their schedule is far easier, plus they have their own cars and know where to find the take away menus, and can drive themselves to the shops or local Italian restaurant. Being less dependent on their old folks means that Judy and I can stretch our wings together a bit more.

Cancer is a bit of a bugger on that front, though.

We are not in the least bit resentful that we directed all attention and resources wherever possible towards our wonderful sons. We could have traveled, and then started a family, but that wasn't remotely what we wanted. And given the relentless ticking of biological clocks not sensible either.

Some of the travel that we did do without our kids while they were school age related to wedding anniversaries, which were short day trips or overnight experiences. I love being married, and love celebrating the fact, so love planning a romantic getaway.

The more years we are married, the more that my major milestone wedding anniversary plot/scheming escalates. These events, usually when the year is divisable by five, are becoming quite complex of planning, and are shrouded in secrecy as far as Judy is concerned. Pre-event sharing with others is also highly restricted, as loose lips sink ships.

No travel. I won't lie, this one was a bit of an event arrangement bust. The day was totally beyond my control, but it was still a very, very special day in its own way. That story is definitely for another day, though, so hold that thought.

Lunch in the Yarra Valley.

Lunch might seem a bit pedestrian, but the destination and the transport was a bit flash. Despite spending so long working for an airline this was to be Judy's first time ever in a helicopter.

I made it special, with a helicopter from a floating helipad on the Yarra River in Melbourne, complete with leather seats and air conditioning in a beautiful little Eurocopter 120B.

The story started with walking Judy out of the house and towards the front gate. She had absolutely no idea where whe we were going, or what we were doing. I told her that there would be a short walk involved ... which I knew was just five feet out the gate to a waiting luxury car.

We were driven into the city, and parked up in a leafy park near the river. Our Judy still having no idea, we wandered through the park hand in hand to the waters edge, and then the day began unfolding as I led her onto the floating pontoon that held our shiny red ride.

We landed right on the lawn in the middle of Yering Station winery, with a crowd assembled around the square wondering which rock stars were arriving. I don't believe I have seen a smile so beautiful and broad as that moment. It eclipsed the smile just prior to turbine start up. 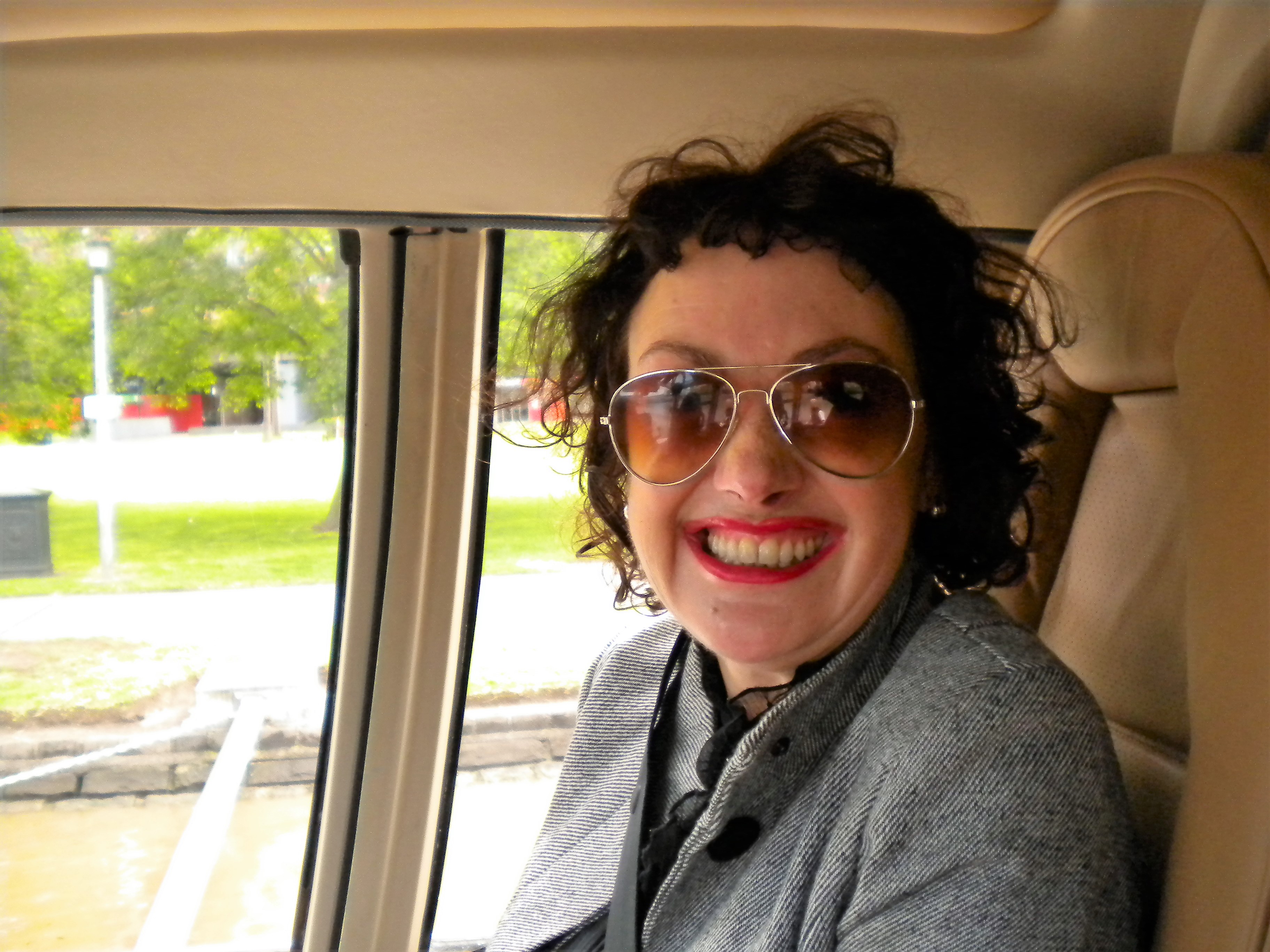 Twenty years is such a short time. It feels fleeting. But it's also such a long time by other measures, so marking the occasion deserved something far more special than a china or platinum trinket. Something to remember forever.

Continuing a theme, the 20th anniversary was lunch again. This time in Milawa at Brown Brothers winery, which also continued the viticultural aspect of the theme. Transport was included like last time, but this time was just a teensy bit more flash than our 15th.

Some might consider that including a private jet charter would officially screw me in terms of planning anything for our 25th wedding anniversary in future. Not to downplay its inclusion, the thing about one-upmanship with experiences is that there is always something bigger that normal people like you and I normally don't do, possibly ever in a lifetime.

Judy's cancer had already returned with a vengeance when we set off on this adventure, but we just didn't know it at that stage. Just five months later and everything would turn to custard.

Planning ahead is essential for a stunt such as this. When you're not rich as shit, there's the small matter of funding, which I caused to happen by slipping $50 notes away starting immediately after our 15th anniversary. But paying for it turned out to be the easy bit. The planning? It bit hard.

Someone planted a little horse race, the Melbourne Cup, right on the day of our 20th anniversary that year, and I hadn't a clue because I started planning so many years in advance. The "Race that Stops a Nation" put a big bloody stop to my lengthy and complex planning, because that particular day was a public holiday.

The plan originally incorporated a two Chef's Hatted restaurant in Mildura, and matching accommodation in a beautiful luxury suite in their hotel, but some months out they called regarding my booking to say "Terribly sorry ... we'll be closed on Melbourne Cup day ... will that be a problem?"

A problem? Nooo. The aircraft was selected, charter agreement already drawn up ready for signature and payment, adjunctive activities had been planned meticulously covering Mildura's environs, ground transportation all arranged... "No. Of course it won't be a problem. That's a shame. Thanks so much for letting me know."

Fuck... Fuck, fuckety fuck fuck. So screw that plan up, chuck it in the bin and start again.

So in keeping with horse racing, eating and drinking being perfectly matched pastimes, I found a country winery near an airstrip long enough to take a jet that was doing a very special Melbourne Cup dégustation. And nearby accommodation, and transport, and suitable adjunctives, and then changed the flight plan. Easy, yes? Easy no.

And then the charter company sold the bloody aircraft. Perfect.

Thankfully they had acquired an almost identical replacement, which they very proudly and excitedly told me all about, but un-thankfully it was yet to be flown over from the USA and needed a refit, which meant it would not receive its Australian registration and airworthiness until many months after the event. Not helping!

They offered: "Why don't you take the Hawker?"

Fancy. (He says, as if chartering a jet for an anniversary wasn't fancy enough.)

A Hawker 1000B (BAe 125) is somewhat a step up from a Learjet 35A. Much newer, and the big brother in their small fleet, it was very nice indeed, with squooshy leather club seating, toilet, a small galley, and room enough for most of the cast of The Bold and The Beautiful. And more expensive. So what the heck. "Uh, I'll take it."[1]

On to accommodation, and I found a charming country bed and breakfast nearby on a rural property for us to overnight at. The jet crew sorted their own accommodation thankfully.

Next step, find some classy road transportation in Wangaratta. I had already lined up awesomeness for Mildura, but Wang presented a little more of a challenge. Adding multiple pick-ups and drop-offs over a couple of days only added to the challenge. It's not like you can wander from the airport terminal to Hertz and rent a Benz or BMW in country Victoria. Small airports don't have any car rental, so you can't even get a Kia.

I eventually found Limo Jeff. What a top bloke. And what a car. His was probably the only stretch limo for miles.

I hadn't wanted a stretch limo, as it more screams brass than class. But it was pretty much the only game in town. However I cannot tell you how frickin' awesome Limo Jeff's limo looked cruising through the countryside. It was so wrong it was absolutely perfect. Sighing down the road, bubbly in hand, you could see the cows and sheep doing a double-take as we rolled by. 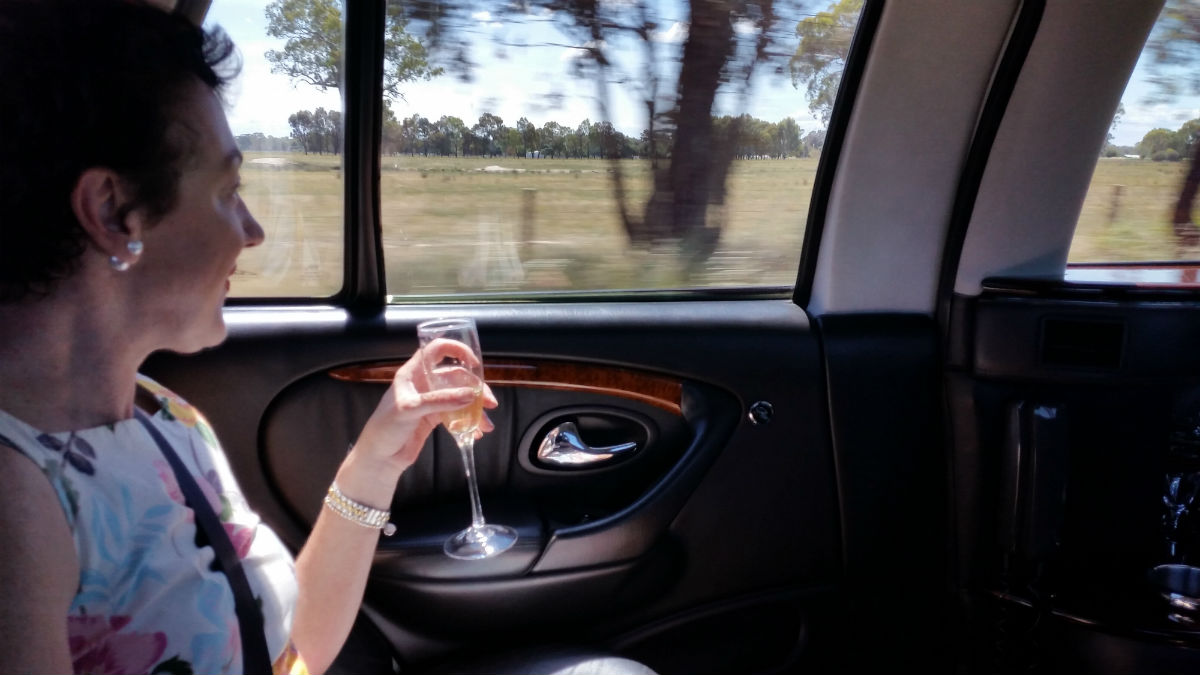 Judy says I could start up a micro business as an event planner. But after the stress of planning not one, but two complete 20th wedding anniversaries, I think as a career it would do my head in.

This year, we will coincidentally be in Amsterdam for our 22nd anniversary. It wasn't intended or related, but I am sure we will mark the occasion well. Each year I travel on business for a conference, either to America, Europe or Asia, and in a heartbeat Judy agreed to come along. Last year we did similar, and I know we'll have a blast.

A degree of comfort and flexibility is required when traveling with cancer, as aches and pains and the potential for the unexpected need to be considered. Medical appointments are well spread, so that's no real barrier, and while we don't want to miss any regular catch ups, Judy's oncologist Dr Rob encourages us to do so within reason.

I think comfort is paramount, and key to keeping our Judy in tip top condition to fully enjoy the destination and the journey.

A year ago I stretched her mind with international long haul business class travel to Europe. It makes the traveling so much better, and as the future unfolds will likely be the only way to go. Like Oliver Wendell Holmes said, "One’s mind, once stretched by a new idea, never regains its original dimensions", and Judy has fully embraced this philosophy where business class is concerned. Accordingly, there was quite a degree of pouting that trip on the way back home in economy.

Be assured there has already been a good measure of secretly impressive planning for that one, which will mark a quarter of a century as husband and beautiful wife. Our anniversary that year also falls on Melbourne Cup day, but this time I'm wise to that. Giddy up.

Despite the uncertainty that cancer 2.0 brings to our future, like uncertainty over whether we will even be able to take off as per the plan, planning in earnest will continue.

My hope is that if there are any curve balls this time that they are as simple as an unexpected horse race. 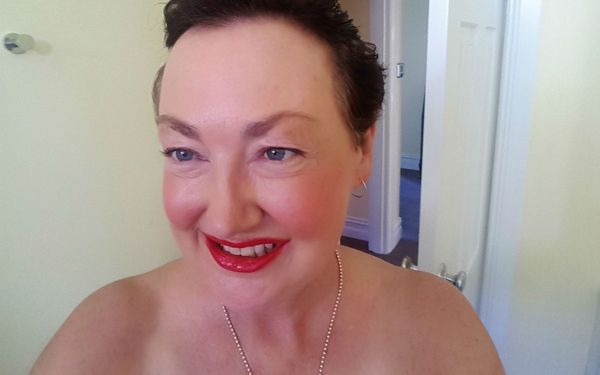 Normal is great with cancer. This week was an intentional week off work for Judy. She does need down time, but that wasn't the reason she caused it to be a week off. The reason was pursuit of brilliant normality.