Many critical parts of the body come in pairs, which is really sensible design. Two eyes, two arms, and two kidneys.

Kidneys are underrated. They clean your blood, essentially recycling what they can and tossing towards the outside world the un-recyclable stuff via the bladder. The human body can function quite well with only one kidney, so losing a spare might not be considered such a big deal. However, there is a really good reason for redundancy of these clever fist-sized bean-shaped filters, as with no kidney function at all death would occur within a few days.

A present 'spot fire' that needs attention is one of Judy's kidneys.

"Sometimes it's really hard being me"

The last few months have been medically disappointing with hormone therapies not working, Judy's left eye showing signs that damage inflicted by a tumor will be permanent, and an unexplained increase in blood pressure requiring medicine to reduce it. And now there are issues with a kidney. Of late, Rob the oncologist has not been smiling much nor engaging in idle chit-chat.

Rob's demeanour and mood is a great indicator as to how things are going, and show us that he is genuinely invested in Judy's progress. His smiling and pleasantries, or furrowed brow indicate whether it will be a happy or not so happy meeting. Often, visits with him are preceded by blood testing or scans, and the results have clearly been poured over by him well before Judy and I see him in his rooms or the Day Oncology ward. You know he tries his utmost every day to be one step ahead of cancer, as likely next steps will have already been carefully considered and planned. You know that the relaxed smile, or furrowed brow relate directly to you.

As I've said before, when oncologists smile, the whole world sighs with relief.

During a particularly furrowed brow kind of meeting in January, a significant difference in the appearance of Judy's kidneys on a CT scan had been pointed out by the scan clinician, and a best guess by Rob was that a blockage in a ureter, or more likely a tumor pressing was the cause of one being significantly more full of fluid than the other.

When he compared that scan to a prior one from November it was apparent that the issue had been building for a while, even though blood tests did not indicate any problem with kidney function (the other one clearly works very well). With hindsight, it's amazing how things that are retrospectively obvious on a scan can so easily go overlooked. When you knew what to look for, you could clearly see a difference between left and right kidneys on that older scan from a few months prior; it just wasn't an obvious issue at that time.

Rob's plan was to refer Judy to a specialist urologist, as left untreated the blockage would cause the kidney to quickly fail.

You need to be invested in your own treatment, as you are the one person best placed to know when things need a hurry-up.

You need to speak up when you know there is an issue.

I knew that irreparable damage was occurring, yet after much time, a referral appointment was still not set. Whatever the problem, whether Rob was swamped, or his staff didn't act, a referral had not been arranged. The job of fixing the ailing kidney had been intended to be given to Dr. Ross, so I called his rooms, explained the urgency, arranged an appointment for as soon as possible, and asked them to contact Rob for the required referral. Job done.

On March 29th, Dr. Ross installed a stent to open the constricted ureter up and get that kidney working again. It'll never be the same, though. Think of a balloon that's been blown up and left for a week, and when you let the air out the rubber is all stretched and doesn't regain its former shape.

During the kidney affair, Dr. Rob made the connection that Judy's kidney woes would have been the reason for her high blood pressure. Now being a cancer doctor, and not a water works or general practitioner, you could forgive him for not advising Judy to stop taking the blood pressure lowering medication he had prescribed many months earlier. So shortly after the root kidney cause was fixed, an attempted procedure on Judy in Day Oncology involving multiple painful attempts with a canulation needle resulted in the P/A announcement: "MET call, MET call, MET call"... Judy had fainted as a result of the pain and extremely low blood pressure.

My suggestion that maybe Judy should stop taking blood pressure medication was another reminder that Judy and I need to be just as invested in her treatment as Rob is. 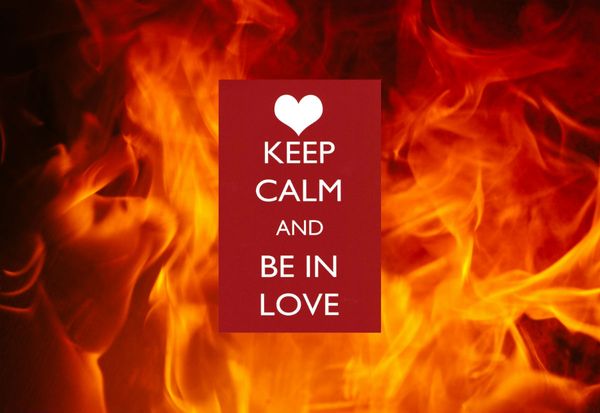 I think oncologists are very much like fire fighters. Fire fighters rarely refer to what they do with large fires as extinguishing them. Small fires are put out, but large fires always seem to be being 'controlled' instead.