Dr Rob is counting all sorts of things.

The cancer antigen (CA) 15-3 test can be used to monitor how effective treatments are being with certain cancers. It is a blood test to look at "tumour burden" (simplistically how much of it is there) and is used alongside other indicators and scans in assessing cancer like oestrogen and progesterone receptors, many other cancer antigens, HER2/neu, gene tests and diagnostic imaging so is certainly not a single test of treatment effectiveness.

Tumour markers are no substitute for medical imaging, as they really are just evidence in the form of specific antigens that are shed by cancer as it grows. In the case of CA 15-3 higher levels are seen particularly when it grows in places like bones and liver.

Dr Rob, Judy's oncologist has found this particular tumour marker a very good guide to track shrinking or growing of the nasty bits in her case, which makes a lot of sense because her cancer has indeed spread to her bones and liver. In fact, those were the first places that we think it did spread to, as is most likely the case when breast cancer metastasises (spreads).

Every visit with Dr Rob we hang out for the result of this test.

We call it "the number".

During consultations with Dr Rob, when there is chit-chat and smiles you get a sense that the number is going to be good. When things are all business, with concerned looks and frowns you get a sense of dread regarding the number.

But even during the chit-chat filled positive visits, there is an angel and devil sitting on each shoulder filling your thoughts and increasing anxiety. The loud-mouthed obnoxious devil screams in one ear: "tell me the number!", while the angel coos in the other ear: "c'mon, just enjoy the chit-chat. He'll get to it...".

And then the computer crashes.

The next five minutes while his technology sorts itself seems to stretch on forever, with thoughts of "maybe we'll never know..." but the computer eventually fires into life to reveal a simply stellar number of 63.

To put this in context, the high water mark for this marker in non-cancer sufferers is 31, as everyone would return at least some reading for this test. Judy's first ever number was over ten times this latest result at 740.

The chart below shows CA 15-3 since Judy's initial score with treatments and events overlaid (the dashed line indicates the high watermark, below which is considered normal range). 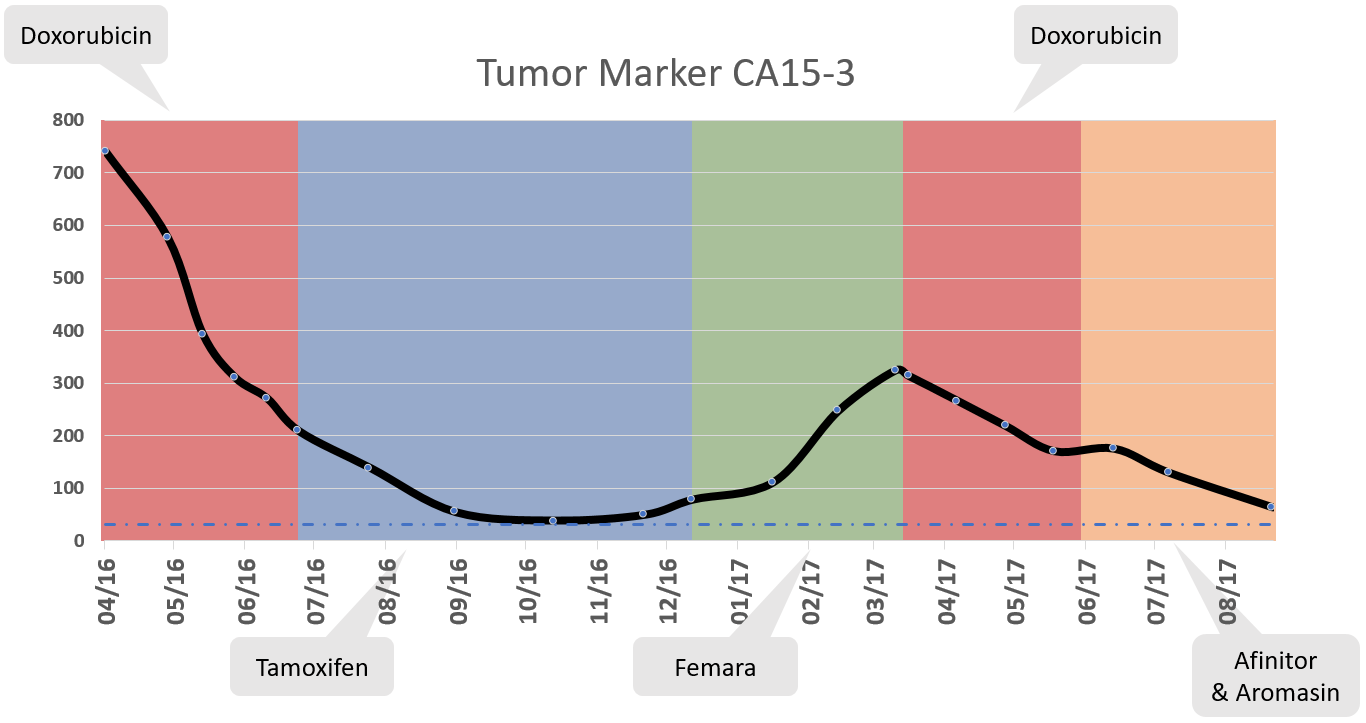 This chart will be one that I'll most likely re-publish from time to time, updating the state of this wonderful little indicator that we hang out for so much at every visit to Dr Rob. 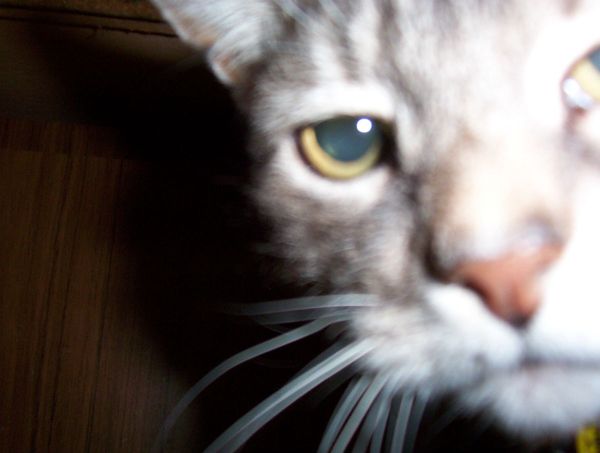 What a cat our Matey was. Stolen by cancer, he'll always stay in our hearts. The Internet is full of cat images, videos, memes and stories, so I thought I'd throw in our cat experience too. Vale little mate.