It's been a very long week of very long days for Judy and I.

Here's what we know:

So in all, Judy and I are shell shocked.

It is surreal. It can't be right. Our love story has many more chapters still unwritten, and it doesn't seem possible that losing some random genetic lottery (as Fred Hollows once quipped) could possibly prevent us from writing them. After all, after decades of marriage we are still passionately in love.

With Judy in hospital, we met her oncologist, Dr. Rob. We instantly warmed to him, as he has an absolutely brilliant way of explaining a lot about highly complex matters, in a logical and straightforward way that puts you at ease. Lauded by many at the hospital as the best, we feel confident that he will do his utmost. It would seem you can hunt the globe for a short list of the best oncologists in the world to have, and we appear to have one of the best just 7 minutes from where we live.

Not long after meeting Rob we learned that he has the nickname 'Perth' ... meaning he is always two hours behind schedule, and struggling to do everything that needs to be done (we live in Melbourne, Australia, time zone GMT+10 and the city of Perth, Western Australia is GMT+8, or two hours behind, hence the moniker). But we do not care that the man is busy. We're prepared to wait... That he's consumed with patients demonstrates that he's very good with patients.

It would seem that the treatment of cancers has come a long way since Judy had her first encounter of a lump almost two decades ago, which gives hope. Back then, our sons were just little bubs, and needed their mum so very much (they are young men now, but still do). At that time there was surgery to remove a discovered lump, radiation therapy as a backup to destroy any cancer missed, removal and examination of lymph nodes, and then a round of chemotherapy to make sure anything that might have got out was preemptively mopped up. Subsequent scanning over many years gave us eventual confidence that we'd beaten it.

This is frightening and confronting, and quite a bit of each day is spent as a blubbering mess, quite honestly. But as scary as 'cancer 2.0' is for us, with Dr Rob  we will go and fight this bastard. Judy and I draw strength and positivity from having a plan and understanding, and also milestones to look forward to.

In the unknown there is darkness, but knowledge, process and persistence can lead you into the light. We will make old bones, is the plan, and keep writing our love story. 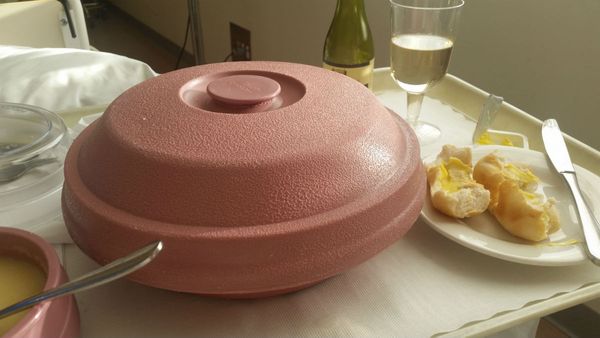 The long days continue, with yet more good and bad news. Judy has been in hospital being prodded and pricked and tested to understand the extent of what it is we're dealing with.