The long days continue, with yet more good and bad news.

Judy has been in hospital being prodded and pricked and tested to understand the extent of what it is we're dealing with, and to urgently get her calcium levels down. Cancer in the bones can result in high levels of calcium being leached into blood, which can have devastating consequences for kidneys, nervous system and more, so getting it under control is top priority.

She's home soon, which will be much better, as hospitals are horrible places to spend time. Sleep is disturbed by nurses and others, dignity is impossible to maintain, fellow patients come and go, some nice, some less so, some of them relatively well, and others very much not well, and universally everyone does not want to be there. Stories are told by those with conditions more advanced, which does nothing to ease apprehension. And there is lots, and lots of waiting.

To fill time between disturbances and a steady stream of visitors, Judy chats with other patients, scans Facebook, and loses herself in back-to-back episodes of TV series loaded up onto her laptop. Thankfully to escape hospital there is just one more whole-body scan to do, and then to get the first round of chemotherapy administered.

There has been no mucking around with our Dr. Rob. After meeting with Judy and I to explain what he knows so far, and also explain what is likely to come, he recommended an initial treatment plan of chemotherapy to shrink the tumors down. In that meeting he suggested we take the weekend to take everything in and to consider his plan. We didn't need the weekend, opting instead to get going with treatment straight away. The very next day chemotherapy started.

In some positive news, her oestrogen receptive cancer also turns out to be progesterone receptive, which apparently greatly increases the chances that hormone therapies will be effective, when the time comes for that. Awesome. More receptiveness to influences means more treatment options for the future.

We're learning a lot, but there is so much to take in. It's been great to have two sets of ears to listen to the massive flow of information offered by Rob, as when Judy and I have been discussing the things we've heard we are often sharing information that one of us just didn't hear, even though we were both present.

At the end of this week I think I've finally run out of tears, which does make communication with me in person for people less arduous. We have a management plan, which helps a lot, as despair can quickly take over when you don't know what you must be doing. 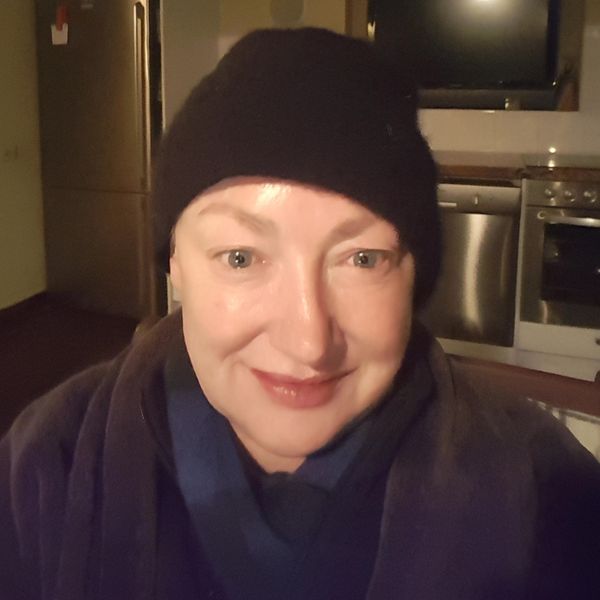 When oncologists smile the whole world sighs with relief.