Keeping things under control with metastasised breast cancer takes an awful lot of lotions and potions.

With most things in life there is a balance of get and give, and using and taking these drugs does often have a flow-on effect; a payment, if you will for the valuable primary effect.

The side effects are not a constant. Rather they come and go, like weather acting on the ocean, where sometimes strong wind whips up swell and waves, but eventually abates to beautiful calm, only to surely return at some stage.

The dosage level of some of the drugs Judy is taking can intentionally be set lower should the undesirable side of their impact be too great. Less dose generally equals less side effect. But Judy wants the highest dose possible of the stuff, so doesn't want side effects to offer any reason for Dr Rob to lower dosage amounts, or even quit treatments altogether that are otherwise working well.

Sometimes there is nothing that can be done about them, but when something can be done Judy jumps right onto it.

It seems to me that just about everything she gets that is designed to treat those side effects is steroid based. These are not the 'roids you would use to get huge at the gym, though. Our sons go to a gym most every day so we have chuckled at times that with all the 'roids mum's taking she'll beat them in the deltoid department in short order. They are not the anabolic kind, rather they are mostly synthetic corticosteroids which are used in treating many conditions, from brain tumors to skin irritations.

When ingested, these corticosteroids mostly seem to make you wobbly on your feet, put on weight, and at higher doses ending you up with a round face resembling Bert Newton.

But some corticosteroids used to treat side effects do have some truly nasty domino effects beyond what you're treating. The eye drops, for instance cause an increase in fluid pressure inside the eye (ocular hypertension), which can lead to glaucoma and permanent vision loss in some individuals. Great. Judy is already down to one eye after a tumor spot fire, and we're kind of relying on the one good one to keep good.

The rash is itchy and uncomfortable, but does respond well to a topical steroid. However the paronychia ended up debilitating. It started on one finger first, then spread to most of her fingers in varying degrees, with each painful if touched or knocked. Using her hands to do anything was awful, and largely unavoidable.

While she was trying to cook something one night with these painful fingers (I quickly took over) she quipped that maybe we need to add dexa-metho-chicken with steroid sauce to our cooking repertoire.

Steroid ointment nailed the paronychia, though.

Beyond the transient side effects from drugs there is also likely permanent physical damage. From twenty four rounds of doxorubicin chemotherapy Judy has a permanently sore arm, and it's getting very hard for doctors and nurses to even find a vein to use to take blood or insert a cannula for putting drugs into her system.

On reflection, we should have been more insistent about getting her a "port" for chemotherapy, which is a device inserted under the skin on your chest that is plumbed into a major vein. It doesn't hurt a lot to put it there, and it's done under a local anesthetic, so will be a no-brainer in the near future. This port can be used to take blood out, put drugs in, and all without needing to have someone stab you repeatedly.

I had no idea the extent of all the little things that can go steadily wrong when fighting cancer. Likely I still have no idea of the other things that will come in future.

Yes, there is a recurring payment that needs to be made in this fight, but that valuable primary effect is so worth it. 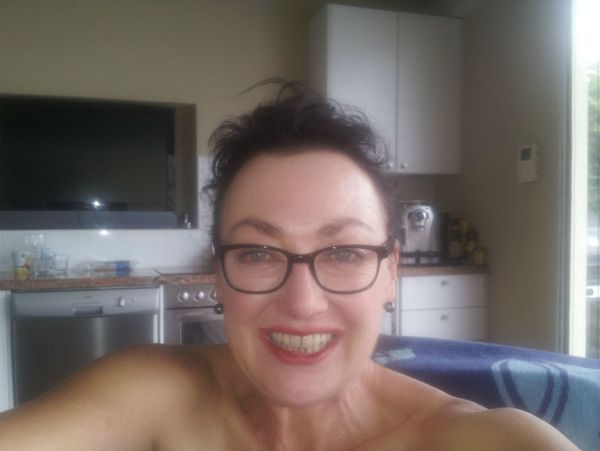 Statistics are horse shit. Trying to read something into them is just a recipe for anxiety. We love that there are super smart men like Dr Rob to utilise them, but for us statistics be damned ... they don't help.