Tamoxifen is a drug that was discovered in 1967 when Judy was just a little girl.

Now I'm not calling her old, but this particular drug has been used as a formidable tool to control hormone receptor positive tumors for a span of time almost equaling the entirety of Judy's life. After growing up with it she's now giving it a try.

Many women control their cancer for many years with this therapy. And it is such an important drug that it features on the World Health Organization's List of Essential Medicines, which are the most effective and safe medicines needed in a health system. Sounds great.

Her oncologist, Rob's original plan was to start with chemotherapy as a first treatment option because it acts quickly and effectively to shrink down existing tumors, and after achieving a satisfying reduction to then switch to a hormone therapy to arrest growth and hopefully achieve even more tumor shrinkage, but over a longer time frame. He chose this approach because hormone therapies, while far kinder on the body, act relatively slowly compared to chemotherapies. When he first assessed Judy he remarked that left unchecked she'd have a matter of months to survive, so chemotherapy was clearly a necessary choice. As you might imagine, we agreed.

When switching to Tamoxifen, Rob indicated that he was hopeful that it would serve its purpose for quite a long time, as many people see great results for five years or even longer. And as you might imagine again, receiving this kind of prognostication was met with welcome hope, if not incredulously given the context that Judy would in all likelihood be gone already had we not followed his advice of an immediate round of chemotherapy. And as if we weren't hopeful enough, he added that there were even more hormone therapies available to us that could be used once the effectiveness of Tamoxifen waned.

It seems that nearly all cancer fighting drugs have a diminishing return at some point. The exact reasons are unclear to me, but it would seem in lay terms that usually the body and its cancer gets wise to the treatment effect and begins to ignore it. Either that or in the case of chemotherapies the collateral impact on the healthy parts of the body becomes too great to continue with that set of drugs. The result over time is a diminishing number of treatment options that are available to an individual, with the original list being determined by the characteristics of the type of cancer.

So for the present, the more available future options, the longer one might expect to continue. Likewise, the more effective and longer duration of an option all the better.

But a long duration in this case it was not.

Five months after that conversation with Rob, tumor marker results from the regular blood tests started to go the wrong way.

We wanted five years out of that oldie-but-a-goody option, not just five short months! 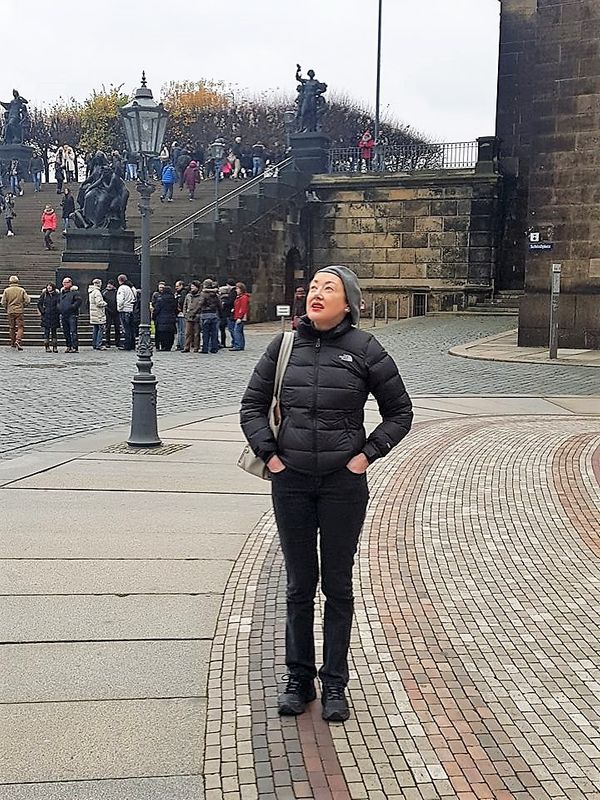 In a previous post I mentioned "spot fires" that may pop up... Of late, irritation in one of Judy's eyes inexplicably degraded to totally blurred vision.